With the technological advances and the increased scope of media, communication with anyone worldwide has become easy. Earlier, we had to wait for days or sometimes months to communicate with people via letters, but now dialogues happen in a fraction of seconds, all because of the Internet and social media platforms.

On the other hand, social media platforms have come a long way and play a significant role in most of our daily lives. It is one of the major and probably the best platforms for communicating and connecting us to family, friends and like minds from different parts of the world.

But nothing comes with all good; every coin has two sides, and so does social media.

The positive side of the coin is that Social media is one of the easiest, fastest ways of communicating; it helps to stay up to date with family and friends worldwide. It helps connect people to new friends and communities; network with other people who share similar interests or ambitions. It allows for effective advertising because of its broad reach, cost-effectiveness and business development features. Social media is also an outlet to express and showcase creativity and self-expression, and much more.

Its negative side is that it keeps you hooked for hours on end, which can also be addictive. It can promote feeling inadequate about your life or appearance, even though you know many images viewed on social media are heavily filtered and airbrushed. These images can still make you feel inadequate and insecure about many things about yourself, especially If you think you don’t measure up to these appearances, you view online. It can also make you feel depressed and anxious. As human beings, we need face-to-face contact to be mentally healthy. Nothing reduces stress and boosts your mood faster or more effectively than eye-to-eye contact with someone who cares about you. The more you prioritize social media interaction over in-person relationships, the more you’re at risk for developing or exacerbating mood disorders such as anxiety and depression.

Social media, therefore, is a gift and a curse, but it is up to you to determine which it will be for you because there are as many pros as there are cons to courting social media.

Bobrisky popular Nigerian cross-dresser Idris Okuneye popularly referred to as Bobrisky, is another celebrity known for controversies on social media. He rose to fame via snap chat giving his viewers a daily dose of his life as a man dressing up as a woman and making insightful statements about being the biggest girl in Nigeria. Over the years, Bobrisky has had good and bad social media publicity, but he remains one of the most intriguing celebrities on social media. His recent birthday party was one of the most talked-about social media topics this year.

Tonto Dikeh is unarguably Nollywood’s most controversial actress. The singer, songwriter, and actress came into the social media limelight when her marriage dispute with her ex-husband, Olakunle Churchill, was made public on social media. She made several allegations concerning him which eventually led to their divorce.

The mother of one is also one of Nollywood’s most prominent actors but has caused more controversies with her posts and comments on social media. Tonto was recent in social media brouhaha with her now ex-boyfriend, who claims the actress, can only be compared to Helen of Troy.

Burna Boy is one of Nigeria’s biggest music exports to the world. The Grammy and BET award winner is known for making controversial statements on Twitter for dragging fellow Nigerian musical artists, claiming to be the best in the music game. He is also controversial for criticising the Nigerian government, yet he is still has a massive following on all major social platforms.

Toke Makinwa is another controversial social media celebritiy in Nigeria. The OAP and actress is a very vocal celebrity who never shy’s away from making statements that are sometimes termed controversial. Some of the comments she made on different social media platforms were not just contentious but sparked numerous debates among Nigerian social media users, especially comments she made about her husband and marriage while going through a very public divorce with her then Husband Maje Ayida. With all the negative backlash she got, she built a solid personal brand that landed her as one of Nigeria’s highest-paid social media influencers. With her social media presence, she has written a book, built a fashion brand that designs bags, makeup, and more.

Reality TV star Tacha Akide make it to the list of social media celebrities which against all odds, have made a name and personal brand for themselves despite all the social media backlash they have received. Tacha rose to fame on Instagram when she went viral for tattooing Davido’s face on her body and posting raunchy photos and videos on the app. She later became well known when she participated in the Big Brother Naija reality TV show. 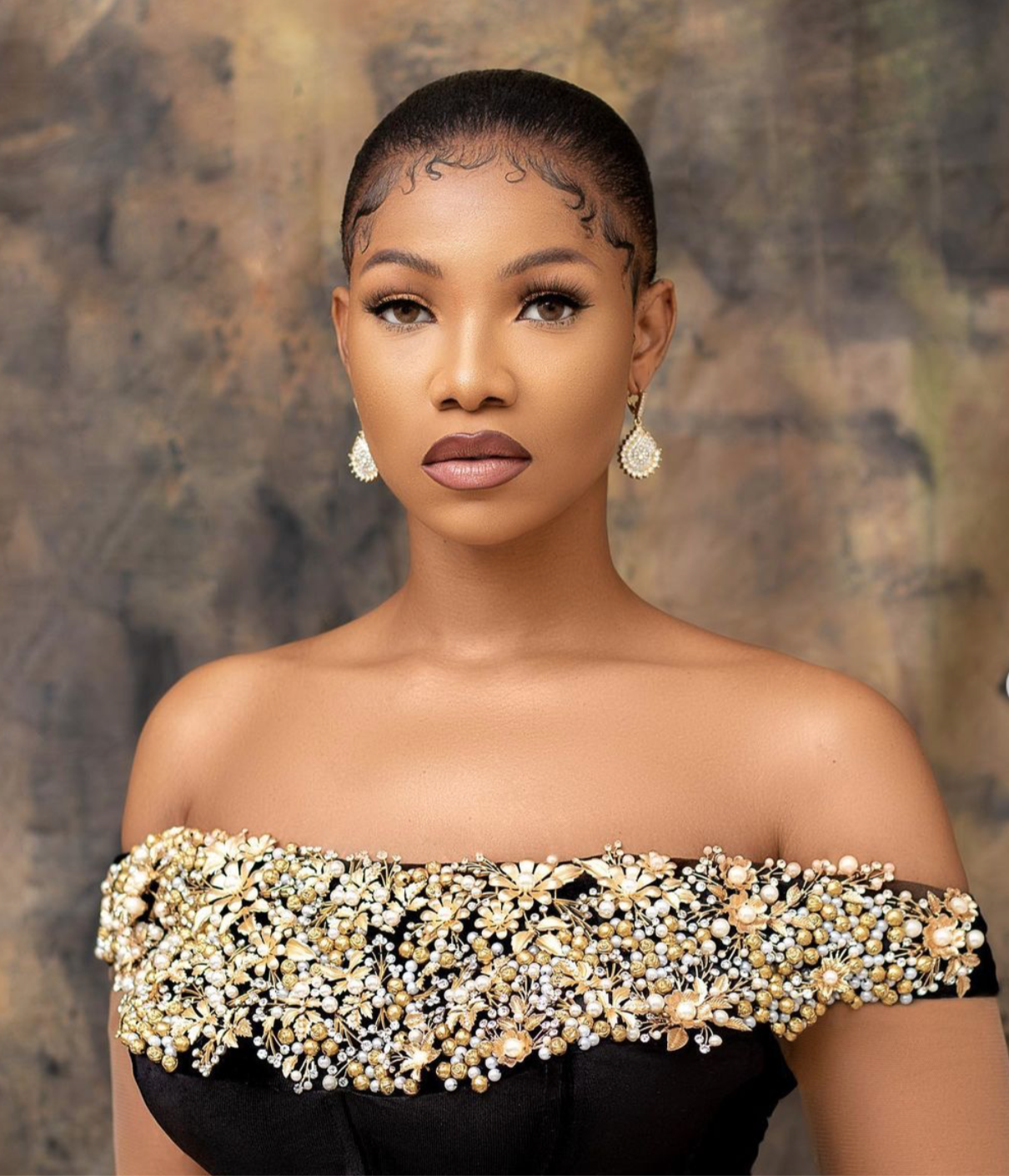 Jaruma is a controversial sex therapist on social media. She claims to be the most expensive sex therapist in Nigeria, selling local and natural sex enhancing herbal mixtures.

Coming from Northern Nigeria, where discussing sex is taboo, Jaruama, via her social media pages, is changing the perception people have about women from the North and how they see themselves sexually.

Mercy Eke’s road to stardom and prominence kicked off when she emerged winner of the reality TV show Big brother Naija Pepper dem Gang. She was the first female winner to emerge since the show kicked off many years ago. Since leaving the house, Mercy has become the toast of many blogs and tabloids, and her social media pages have become a mini temple for millions of her fans who adore her.

Mr. Jollof is a comedian and social media activist. He is the crooner of “Them go hear word”, “Everywhere Stew”, and “Doings”, which has become a known slogan across continents on the social media space. He chose the name Mr. Jollof because it is a known fact that everyone loves Jollof rice, and since his sole career objective is to make people happy, the name was just appropriate. Jollof, a graduate of Political Science, has gained popularity on social with his comical ways of criticising the government and many other social issues.

Pretty Mike is an entertainer, social-media influencer, and co-owner of Club Uno who likes to spark controversy. He is known as the king of stunts, and he loves to flaunt his wealth on social media. Pretty Mike came into the social media limelight when a picture of the socialite went viral with him holding two females on a dog leash. Despite the backlash which subsequently led to his arrest, Pretty Mike continues to spark controversy on socials attending parties with outrageous themes, which keeps his over 400,000 followers entertained and wanting more.

Obinna Iyiegbu, popularly known as Obi Cubana, earlier this year, took over the Nigerian social media space with everyone talking about his mother’s burial ceremony, which happened at Oba in Anambra State.

The businessman mother’s burial party is arguable one of the most ostentatious events Nigerians have seen in a very long time. Social media was agog for the show of wealth during the 5 days celebration, with many celebrities and social media influencers in attendance.

Over 200 cows were gifted to the businessman to slaughter for the celebrations, and this didn’t deter his friends from raising millions of Naira to support Obi in sending his mother home in grand style. One would have thought this show of affluence would have given the businessman negative backlash; still, it only boosted his social media status and secured more followers. 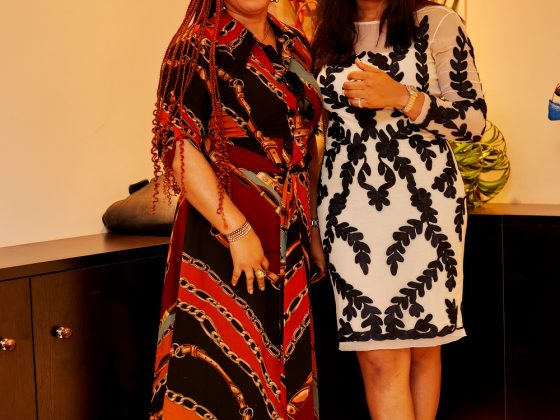 Luxury meets Tranquility as The Yacht Hotel Berths in Lekki. 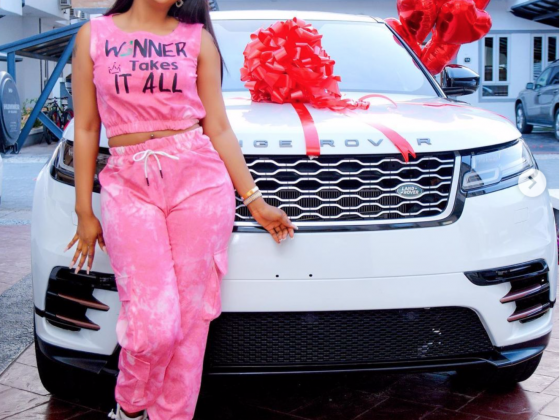