For this feature, I’d be bringing into perspective the reason why gender norms are being discarded to the corners – where they most certainly deserve to be.

For the longest time, there has been a community deprived of being expressive the way they would like due to the laws and conservativeness of the country. And over the years, we have had personalities like Charlie Boy, Denrele Edun, Dj Lambo, and Weird MC constantly challenge the status quo and, of course, have been duly criticized for it. But they continually damned the consequences so that there would be a chance for those who share the same interests to adopt their fearlessness and seize the moment.

Well, it seems society has finally got the memo because lately, there has been a flood of fashion creatives owning up to their differences and flaunting them through their garments.

I bet you are already anxious to know these designers! The ones who are gearing up a new era of fashionistas ready to wear anything from flair pants to cropped tops and platform shoes, to say nothing of the many accessories based on inspiration or just to show off. In doing so, they have caused a good kind of chaos, as it were. Either way, we are totally down for it, are you? Let’s find out.

One of the most stand out designers in the contemporary fashion scene from Nigeria, Orange Culture paved the way for the bold, classy ones who were not afraid to show a softer side. There has been evident growth since the brand was launched in 2010/2011 by founder and creative director “Adebayo Oke-Lawal”, a graduate of the University of Lagos.

Right from the get-go, the brand made a conscious effort in preaching the need for clothing to be fluid, colourful and, most importantly, appealing to the entire world using African-inspired fabrics with a mix of other daring fabric options. So, it’s not at all shocking when we see him put fabrics like organza on men or a pleated chiffons outfit because it affirms what the brand stands for as regards masculinity.

Orange Culture’s representation extends way beyond being a clothing brand because there has always been a need to speak on social matters using creative forms, partnering with organizations for a cause that saves lives, and offering in-house mentorship programs.

“Peacock Riot” is their latest spring/summer collection (SS22). It is a statement on inclusion, isolation, and dignity as a human collective through fantastically tailored clothing, with prints on peacock inspirations, war paints, and flowers. Here, vulnerability is the key to expressing strength, especially those who do not fit into society’s stereotypes.

The use of denim, lace, hand-woven macramé and the brand’s first logo illustrates different generations and styles and a singular motive to unify in these times where protesting seems to be the only way to defend our humanity.

Popularly known for being the partitioner of the Nigerian fashion community, the “Maxivive” brand has influenced bravery on every level. The Lagos-based fashion house was founded by the prolific “Papa Oyeyemi” when he was just 15 years old. A graduate of the University of Abeokuta, he is most definitely bent on creating a genderless society where everyone is delineated.

It was apparent that things were being switched up when the company’s Papa Oyeyemi creative head caused a debate by adopting a more West African approach to the fashion seasons other than the traditional spring/summer (SS), autumn/winter (AW), Resort and Pre-Fall. The brand decided to flip its aesthetic to Dry, Wet and Harmattan to represent our actual seasons, completely discarding the western world’s approach and giving birth to a structure many initially criticized but got around to using eventually.

Talking about criticism, this is one brand that has gone through a series of eyebrow lifts and negative social media bashes due to its out-of-box approach with its campaigns and look books. Yet, they thrive by staying talked about, which is undoubtedly an achievement, especially in the international fashion scene.

The latest collection is titled “100231”, which is said to be the postcode for a place of sanctuary. Being an artisanal wet/dry encapsulation, there happens to be a vibe of purity, as well as contrasts in this collection. We get to see a wide range of colours from white to electric pink, including multiple-coloured lace and Ankara fabrics, not to forget the use of denim, leather, dry lace and nylon.

Maxivive is never known to be subtle with subliminal messages. There are shapes of the cross, love signs and flower petals scattered across the collection, so cohesively telling individual stories and making sure to achieve optimum functionality of each outfit.

When in need of luxuriously unique shoes and accessories to make a major statement, the best place to look would be “Maliko”, which was established in 2015 by founder and creative director “Ebuka Omaliko”, a graduate of the University of Lagos. This brand is distinctly known for its inventive

designs, architectural silhouettes, ability to tell compelling stories and, most importantly, not leaving out any youthful details. Of course, this has to be a rare kind of creative genius.

Based in Lagos, Maliko has been opportuned to collaborate with many creative bodies, which has helped catapult the brand’s relevance both locally and internationally.

Known for having a socially responsible approach, each shoe and accessory are a blend of traditional African inspirations and contemporary concepts, which give an antique vibe but with a futuristic approach. The creation usually begins with the design idea being drawn, then crafted by locally employed artisans and Ebuka, who tends to be hands-on during the entire production process. For each piece, the best quality leather is intentionally sourced from within Nigeria to project the need to use our natural resources and preserve the artisanal heritage. This is Ebuka’s way of giving back to society, which also involved setting up a mentorship programme for youngsters willing to carry on his legacy.

Maliko’s latest collection for spring/summer (SS22) is titled “Àfín-ity, an insight into the uniqueness of albinism and why they deserve to be loved for their differences.

Shedding light on the various colour palettes associated with the physical attributes of a person with albinism and how it should be interpreted as beautiful even with apparent irregularities.

To properly include all necessary detail, several techniques like leather hemming, hand embroidery, hand painting, traditional weaving and woodwork had to be done to achieve the required finish. As expected, the collection is without gender bias, meaning that everyone can wear what they like to fulfil their dreams. 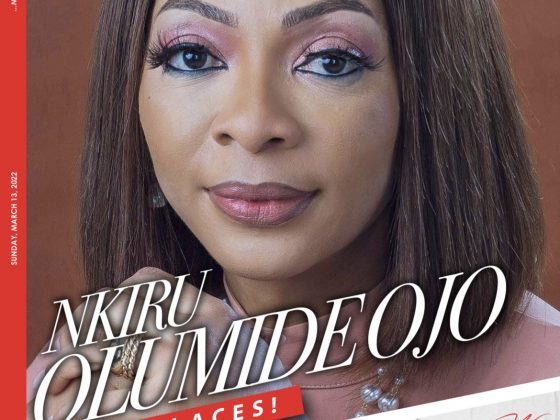 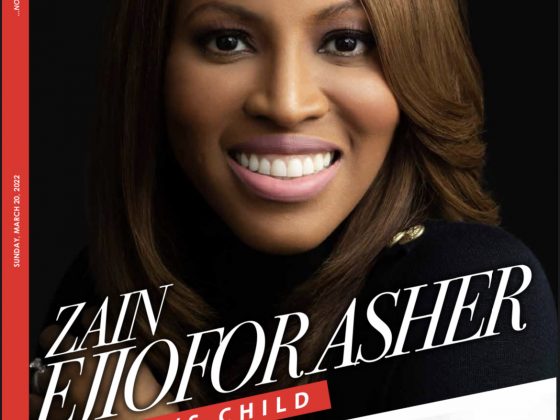