The Road to Presidency.

Khadijah Okunnu-Lamidi is not the first woman to run for the office of President  in Nigeria but she is by far the youngest to ever run. The 38 year old aspirant who holds a degree in Business Management and a Masters in Strategic Projects is a seasoned media and advertising practitioner and i daughter of former Commissioner, Lateef Olufemi Okunnu (SAN). Following in the footsteps of her father, Khadijah is taking bold giant strides to leave a legacy in public service as her father did. Though her candidacy is highly critiqued by many, the media expert believes her message of hope and a better Nigeria for Nigerians, most especially the youth is a driving force that can make many rally around her candidacy come 2023.

FUNKE BABS-KUFEJI spoke to the audacious Lamidi, who gave an insight into her plans of becoming the next and the first female President of the Federal Republic of Nigeria. Many might not share the same confidence as her, but what you cannot take away from her is her courage to come forth and throw herself into the arena. A most commendable feat whether or not she wins the coveted seat!

You are the daughter of Lateef Femi Okunnu (SAN), the former Federal Commissioner for Works & Housing. Did he influence your going into politics?

For someone who has never held any political office, some might wonder what your rationale is for running for the highest political office in Nigeria without being a member of any party which is mandatory by INEC. What is your plan if you are not adopted by any political party?

I believe that a larger pool of Nigerian talent has been excluded from the political space and the ideas is that what that pool brings will benefit our country. I believe that leaving the political space to the high and mighty has silenced the relevant voices of too many, the young, women and other minorities whose mandate is valid and should be heard. This is too important. Of course, the law requires me to stand on the platform of a political party that is a condition that I must meet, but my conviction is what motivates me.

I know that this contest will test my ability for office. Then the people can decide. That is what democracy is, a choice by the people from many available options.

Since you announced your presidential candidacy, critics have said you are there just for the publicity because you are up against political big wigs, who have more experience, a wide network and more importantly, a war chest. What is your game plan to emerge winner or even be a top contender come 2023?

As I said earlier, I have conviction. I believe that the agenda which I am ventilating is relevant and even important. I believe that the people are entitled to a wide choice and that political office is not by inheritance or anointing. It is the people who decide elections. It is the task of politicians to inform them and to consult them. If the presidency is for sale, there would be no need for elections. Of course, money moves messages and enlists messengers. But in the end, if we trust the voters, we should let them have a free choice. If my message resonates, the people are more than any structure, more than any “war chest”. This is not a publicity stunt, it is a desire to serve a country that I love and within which all my future resides. I have no money with which to escape if it goes up in flames.

“Some Critics” are entitled to their opinion. It’s a free society. They have the choice to speculate and in the political space, rumours and speculation are rife. But to answer for myself the answer is no. I am not seeking and will not accept any political appointment as a settlement. The only office in which I am interested is given directly by the people and fulfills the mandate of the people.

Your move to contest is very brave especially as a young woman. What is your core reason for this move and do you genuinely believe you can make a difference in a country like Nigeria?

Thank you very much. I am not that brave. I know how hard the road is that I have chosen. I just can’t be one of those who sit quietly and grumble about the simple solutions which the politics of Nigeria has failed to deliver. Of course, it is easier to sit down with my begging bowl and wait for the bread to drop. I know where I should sit to get that. But, in the same way; that we ask the generation before us, our children will ask us, what did you do when Nigeria was looking back as other nations were looking forward. This is a time for Nigeria to embrace a bold vision. We are being left behind and we are doing this by focusing on the past rather than the future. The job of a President is not to drive the train or build the road. The job is to create an inspiring communal vision and then to unite the people around it. The change and the hope are in the very Nigerians to whom this campaign belongs.

One would have thought it would have been more to your advantage if you had worked your way up the political ladder as it will better enable you understand the intrigues and games of Nigerian politics. Why have not chosen to follow this path instead taking a bold leap all the way to the Presidency at your first try?

I do not grudge those who will seek to participate at a different level. I laud them and I salute their conviction. I have my own conviction. I meet every qualification and criteria for the office by law and the only thing that can stop me is the people who I am trying to serve. I am willing to abide by their decision but they will hear my voice, my ideas.

Considering the influence of religion in Nigerian politics, do you think Nigeria is ready for a woman to be President?

We won’t know that until after the elections. A woman in qualified to be the President of Nigeria and at least one has hoisted her flag. I hope that there will be others. But they say that you miss 100% of the shots that you don’t take. We will take the shot. And by the way, I do not believe that any religion disqualifies women leaders, it is misogyny that enlist religion to deter women from participating in the decisions whose consequences are borne mostly by them.

What is your campaign manifesto and how do you intend on implementing them if elected?

I don’t think a statement here would do justice to fully communicate my campaign manifesto and how we plan to implement them if elected, but a detailed statement about this will be published across all medium in the run of this election cycle and it would be loud.

Nigerians, most especially the youth, keep calling for a change, do you think they are ready to do what it takes to kick the old politicians and their cohorts out of office?

I believe that the youth are the largest part of Nigeria’s electorate and that they have been too silent about the politics of Nigeria. I think that this is their time to walk the walk and not just to talk and I know that if they are activated and mobilized, then they can do anything.

What steps do you think they should make now for this to happen?

Get their PVC ready, follow the INEC official platforms to  stay on top of the conversation and review all candidates wisely.

Nigeria has one of the highest population of youths in the world, are you relying strongly on the Soro Soke generation to cast their votes behind you and if so, what are you doing to make sure this happens in 2023?

The youth of Nigeria in every generation since before independence have shown that they can lead this country. Those who call for age and experience today entered power as youths and they took over from youth. The present generation has been excluded from governing their country and we are the worse for it. There was a mentality which caused youth to surrender and to assume that there was no space for them. I think that this has been replaced with an eagerness to be heard and to be consulted. We are here to help make that happen.

Money plays a huge role in politics most especially in Nigeria. How do you intend to fund your campaign, especially to reach and penetrate the nooks and crannies in Nigeria?

Yes. Money is critical for political messaging and we have no money bags to fund us. We are not beholden to any person. Rather we expect the strength of our campaign to create the mechanism for its funding. If our supporters like our message then they will pay for it. We will crowd fund this campaign.

When you told your family and loved ones about your ambition to run for the office of President of the Federal Republic of Nigeria, what was their first initial reaction?

They were not surprised. Everything that they know of me would have prepared them for such a move. But they were anxious about the risk and rigor that I would face. And they asked about how to mitigate them.

You are not the first female contestant to run for office, but you are by far the youngest. What steps are you taking to ensure your voice is heard and not dowsed by more experienced politicians running for the same office?

I may be the youngest in this dispensation but I am not a teenager. I have been participating in political campaigns for nearly 20 years.

An election cycle is a contest for shearing inside a cacophony of sounds. And there are many ways to get attention. We will try them all. It’s the sincerity of message that counts above all. If it resonates, it will develop its own legs. Money is not the only horse in this race.

How has your campaign trail been so far and what are the feedbacks you have been getting?

The feedback has been positive. It’s a simple message of hope and an honest outreach. The people have lost hope and now they want to hear fresh voices. They are looking for people who feel their pain and who want to help them. They want to believe again.

Being the daughter of an elder statesman, you must have had the chance to meet some respected Nigerians. Who are the members of your formidable team?

If you don’t succeed, are you open to try again?

Do you have any words of encouragement for the youths who what to take the same bold step you have taken?

The youth of Nigeria own the country and they have the biggest investment in its future. This is the time to democratically fight for that future. 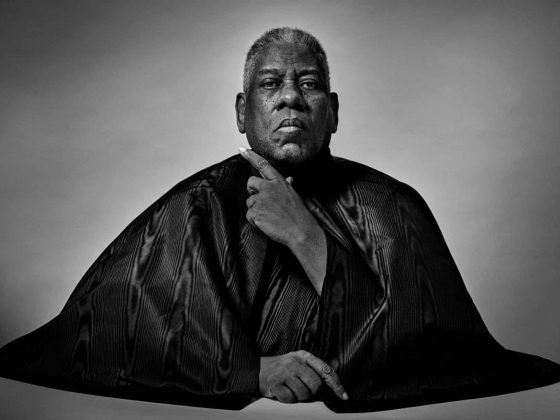 Andre Leon Talley on Fashion, Life and everything in between. 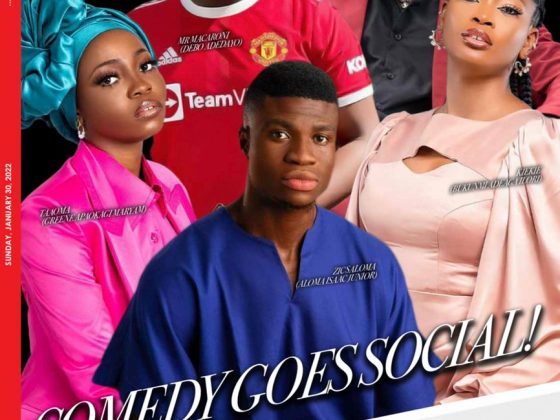