As history has shown, Obafemi Awolowo Nnamdi Azikiwe and Ahmadu Bello
to mention a few, fought for Nigeria’s Independence. But the Nigeria they fought for then has over time, been riddled with problems and challenges that have grown worse with every decade of its 60-year Independence.

But the new generation have risen
up to say, ‘No More’! They are the Liberation Generation who will do everything within their power to stop the corruption, police brutality and
bad leadership that has driven us to where we are today. They have refused to watch the country degenerate further because it will affect their tomorrows! They intend, with dogged determination, to take Nigeria from
the brink of collapse and breath life back into it…under their watch. Lekki shooting came to light when the peaceful #ENDSARS protests was hijacked by armed military men who came to the ben with guns and started shooting at innocent people causing havoc and mayhem amidst the peaceful protesters. The protest started in 2017 as a Twitter campaign using the hashtag to demand for the Nigerian government to eliminate police brutality as youths have been maimed, raped, tortured, bullied and made to withdraw monies from their personal accounts with some of them even shot to death! Till date, none of the culprits have been held accountable for their inhuman actions.

One of the originators of the protest, Ruggedman, began his campaign on social media to protest about these notorious activities. In return, many Nigerians came out to share their

own harrowing experiences in the hands of SARS. Another propelling moment in 2020, was Wizkid’s twitter
to the President where he asked the President to focus on the issue of the police brutality on ground rather than sending felicitations to President Donald Trump and his wife Melanie when they contracted Covid-19. Nigerians took over from where Wizkid stopped on twitter. The Twitter banter between Omoyele Sowore and Burna Boy also trended concerning this issue. Naira Marley was supposed to start his peaceful protest but the Nigerian Police spokesman, Frank Mba, quickly reached out to him to cancel the protest. He convinced Naira Marley to have an Instagram live conversation with him, but Marley got a lot backlash for this.

The protests were sparked by a viral video allegedly showing SARS officers killing a young man in the southern Delta state. The Nigerian Authorities denied the authenticity of video. Furthermore, the man who filmed
the video was arrested, provoking
even more anger. Immediately after, Runtown posted, followed by Falz and the momentum gathered! The Nigerian Youth gathered and gathered – led by no leaders but united in one voice to demand an end to SARS and Police Brutality.

This protest shook the presidency, the Nigerian police, the political leaders, the businessmen and the corporate world. Africa and the world at large, took notice with supporting protests happening in Europe, America and many other cities around the world. This got global celebrities and political leaders also posting their views on twitter. Aside from this, they were also very brave and actively vocal Nigerian front liners with strong following. The roles played by Aisha Yesufu, Feyikemi Abudu to mention a few can never be undermined in value.

For twelve days the Lekki Toll gate was seized by the protesters. It was alleged the protest cost Lagos state over N234 million in revenue.

Small Dr was also at Agege protesting where a massive crowd showed up
to render their support. Mr Macaroni took his protest to the Lagos state seat of power at Alausa. The Alausa protest ground became permanent like the Lekki toll gate with free food, water

and drinks supplied daily. Those who also donated cash and kind to meet the needs of the protesters are greatly appreciated

Also, a lot of NGO’s like the Feminist Coalition, charity organizations and church leaders lent their voices to address the peacefully protesting youths. The Feminist Coaliton, an NGO run by 14 women successfully funded these protests. They provided food, shelter, legal aid and medical assitance to the affected protesters across
Nigeria. In total they were able to raise N147,855,788.28 in just two weeks!
They operated within a decentralized system which made it harder for the government to communicate. The message was clear #ENDSARS and it was believed that if the government wants to communicate, they should speak to everyone.

While the movement in Lagos was going on, other artistes like Flavor, Phyno, Zoro and KayCee were leading the protests in the Eastern part of Nigeria. DAVIDO also was present at the protest in Abuja and even had a meeting with the IG of police Mohammed Abubakar Adamu and Police Public Relations officer Frank Mba.

Wizkid led the protest in London and Nigerians in different parts of the world led their protests some of which ended at the ambassador or high commissioners’ residences and offices. Never has the world heard the youth’s voices with the loudest ovation!

But the biggest mistake the Lagos state government made was the lekki shooting! These youths were unarmed but the Nigerian military still shot at them holding the national flags that should have prevented them from being shot at. On that fateful day, 20:10:2020,
a curfew was announced for 4pm
and it was implemented. Same day it was extended to 9pm even though as expected, the youths were already out

by that time after respecting the initial time frame they were given. Shockingly, the military men arrived at the toll gate by 7pm and commenced shooting.

DJ Switch captured the moment and quickly had her IG Live on. She also begged Nigerians to record her live. The evidence of slaughter, blood, pandemonium and tears were all caught on camera. This is what gave the protest global attention as a video showed people struggling to remove bullets from the bodies of some of the victims shot.

One of the main organizers, Feminist Coalition, for example, was prepared to pay private companies for protection, but they refused, citing fear of official reprisal which emboldened the thugs. This same army/security that unleashed bullets at peaceful protesters were suddenly nowhere to be found when Lagos was held captive by hoodlums!

The Lagos state Governor, Sanwo-
Olu, has given extensive interviews and made it very clear that he played no role in the lekki shooting. Before Tuesday night, he had handled matters fairly well. His visit to the President to present the demands of the #ENDSARS movement, his regular engagement with the youths benchmarking the state’s commitment to their demands, were signs that he was connecting with the youths more than any other governor! But alas, this ‘connection’ was usurped by the atrocity that happened under his watch.

How was it within the powers of the state governor, Babajide Sanwo-Olu,
to declare a curfew published within hours of enforcement, but beyond him to contain the consequences? There are those who insist he should have gone to the venue when he realized what was going on and stood in solidarity with them. Many felt that singular act alone would have endeared him to them even more. Also, after realizing what was happening, he could have engaged citizens as events were unfolding through any of the multiple channels available to him, instead of waiting till the next day to promise a futile investigation. That too, would have earned him a lot more respect. The governor has pleaded several times for unity and growth in reconciling his citizens. He is first to admit that he was elected by these same youths and his allegiance to them should come first before anything else. He reminded the youth of the steps has taken and is still taking to ensure their demands are met in his state. It is a long road still for him to bridge the gap and we can only pray that he rises to the occasion.

Every year, 20:10 should be a Remembrance Day for the Lekki massacre, the painful Black Tuesday.

May the souls of the heroes lost Rest In Peace. 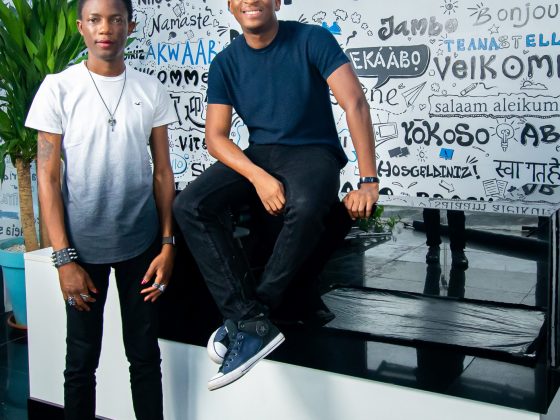 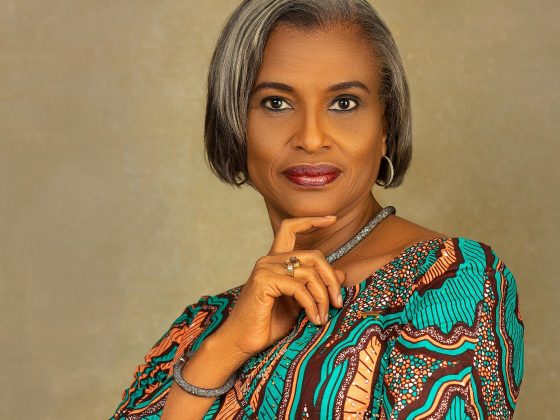 Temilola Adepetun – A letter to the Younger Generation of Nigerians