It is indeed a great time to be alive, the youth have defied all odds and come together to protest against Police brutality in Nigeria in a campaign tagged #ENDSARS. The youth dared to take a stand demanding for the Nigerian Government to put a stop the Special Anti-robbery Squad who on a daily basis, harass and kill young men and women just for looking a certain way or having certain gadgets or driving certain cars. The youths of Nigeria are saying enough is a enough and are also demanding total reform of the police force amidst other issues affecting them as average Nigerians. It is something to applaud; that these young men and women who have been tagged by these same oppressors as ‘Lazy’ are the ones trying to fix a problem they didn’t create.

But this is not only a protest but a cry for freedom. Freedom against oppression. Freedom against the laws that do not protect the land. Freedom from untold sufferings and hardship meted out on youths who played no role in the decay of the economy as it is today. These youths are victims of men with guns not well trained on when and how to use them. These gun holders are children of the poor the government failed to train. And today, there are not allowing the children of today live in peace. These are uniformed men in their bulletproof regalia meant to protect us. They are meant curb armed robbery but instead, they are the armed robbers! They terrorize, bully and intimidate. With a pitiful salary of N50k a month, living in the most inhabitable accommodations, having barely enough to feed themselves talk-less of their families, should it really come as a surprise that they are frustrated tyrants preying on the ‘supposed privileged’ innocent victims? A hungry man has no conscience. A hungry and angry man…with a gun at his disposal…well, one can only imagine falling prey to such a person. So, is it a wonder that victims have lost their lives under their watch? No!

These SARS men have terrorized, maimed and brutally killed innocent victims unfortunate enough to have been at the wrong end of their weapons. How many innocent lives have to be lost before the gauntlet is thrown? How many homes have to be broken with such a loss? How many mothers have to unfold their wrappers and embrace their breasts in anguish as they shed harrowing tears of pain at the loss of their children in the hands of SARS operatives?

Which youth has ever heard anything good about Nigeria? When have they ever experienced peace in this land that used to flow with milk and honey? All they hear was ‘When we were’ not ‘How we are’! How long can they live under such untold hardship thrust upon them because our leaders failed us! If they do not fight for better rulership, better governance, better infrastructure, better political systems, better management of the nation’s revenues, there will be no Nigeria worth living in in time to come.

As parents, we did not fight strongly enough, and this generation is not going to sit back and fold their arms like we did. With the funds they have raised, they have done more than what the government did with a zillion times more. They have taken control of their situation and are sending their message across with peaceful protests. So organized are they that they have no leader. They all speak with one voice.

The protest is happening nationwide, and these young Nigerians have been able to organize themselves in a way that they have no leaders but are demanding collectively that till they start to see changes; the protest will go on. And how have they been able to sustain this protest nationwide for over eight days you ask?!

The revelations are simply amazing. They have been able to pull together funds in millions which are on a daily basis, transparently disbursed to different states in Nigeria through a group to help sustain the protesters. Food and water are delivered on a daily basis at different locations with the protesters cleaning up after themselves so as not to litter the streets. Mobile toilets are available for easy convenience, lawyers are available to represent detained protesters, doctors on ground to help the injured or attend to any sudden medical emergency that arise during the long hour of protest and much more. These young adults have held it down for days and don’t look like they are ready to throw in the towels till their demands are met.

In their own little way, they have showed us that things can work if we all speak in one voice. They are showing the older generation and the Nigerian Government that the system can work only if, everyone plays their part and play it well and fair. They want to live and most importantly, they want a Nigeria that they will be proud of.

The ENDSARS movement is indeed a wakeup clarion call and now is the time for us all to stand united and the youth have shown us just how. 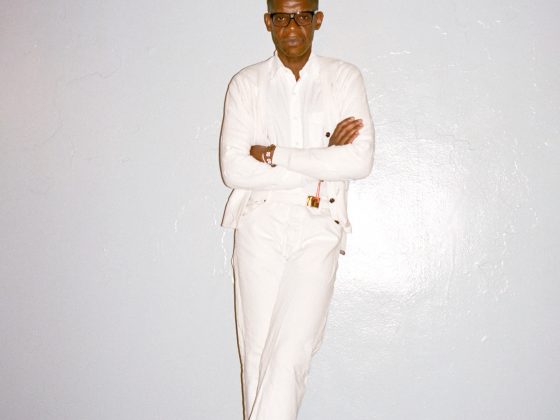 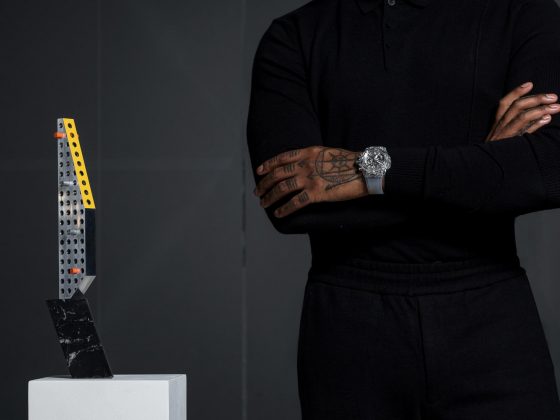 Samuel Ross Joins the Hublot Family as A Brand Ambassador