‘Elesin Oba’ is the latest Nigerian movie released on Netflix that has got a lot of people talking. The movie, which was produced by Ebony Life and distributed by Netflix, premiered as the first Yoruba movie at the Toronto Film Festival on the 9th of September. It was then released to Nigerian Cinemas on the 28th of October and Netflix on the 4th of November. Sadly, the movie’s director, renowned filmmaker and author Biyi Bandele died in August 2022, shortly before the movie’s premiere.

‘Elesin Oba’, which means ‘The King’s Horseman’, is a screen adaptation of Wole Soyinka’s play, ”Death and the King’s Horseman’. Based on actual events that took place in the Oyo empire while under colonial rule and during the thick of the Second World War, the plot follows the story of a King’s Horseman who failed in his duty to die and be buried alongside the late king, as was the custom. His failure to perform this duty, which could lead to dire consequences for the town, was caused by his weakened resolve to perform his duty because of his insatiable desires for sexual pleasures and the interference of the colonial masters, especially the D.O (District Officer).

Bearing some resemblance to Kunle Afolayan’s ‘Anikulapo’, with reference to setting (place), cultural displays and narration, ‘Elesin Oba’ showcases the rich culture of the then Oyo empire in its set design, costumes, language, etc. The use of musical narration to drive the plot and the use of language were likewise quite impressive.

The movie saw some stellar acting from the likes of Shaffy Bello as Iyaloja, Odunlade Adekola as Elesin Oba, Jide Kosoko as Amusa, Deyemi Okanlawon as Olunde, Jenny Stead as Jane Pilkings, Mark Elderkin as Simon Pilkings and Popular artiste Brymo in his debut acting role as the praise singer. Some other note-worthy actors include Joke Silva, Taiwo Ajai-Lycett, and Omowunmi Dada, amongst others.

So far, there have been lots of back and forth from people who have seen the movie, the chief argument being that the screen adaptation was difficult to interpret and wasn’t simple enough for people who have not read the original play. While we agree that there were a few lapses and technicalities in the plot, which may have made the movie a bit too fast-paced, we disagree with it being completely difficult to understand.

Of course, a screen adaptation may only be able to adequately factor in some of what a written play can. However, Biyi Bandele’s interpretation did good enough justice to the original play. In my opinion, you don’t necessarily have to read the book before you understand the movie; however, it does require you to pay close attention to the dialogue. For what the late Bandele couldn’t make up for with extra scenes, he did with the songs and dialogues, which was absolutely brilliant.

From the musical narrations to the praise singers to the dialogues between characters, every line told a story, and the excellent delivery of the actors made it easier. With ‘Elesin Oba’, Biyi Bandele also managed to provoke certain rethinks about colonialism and the white man’s claim of supremacy over Africans.

From the culturally rich ‘Anikulapo’ to this masterpiece by the late Biyi Bandele, there’s no stopping Nollywood right now, and we are definitely here for more indigenous movies!

Of course, everyone is also waiting for a review by the legend himself, Prof. Wole Soyinka. He’s known to be quite vocal, so it isn’t far-fetched to say we might be hearing from him soon. In the meantime, and from where we are standing, Biyi Bandele, may his soul rest in peace, should be very proud indeed. 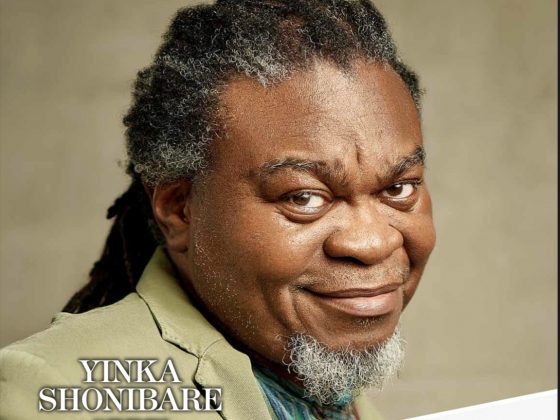 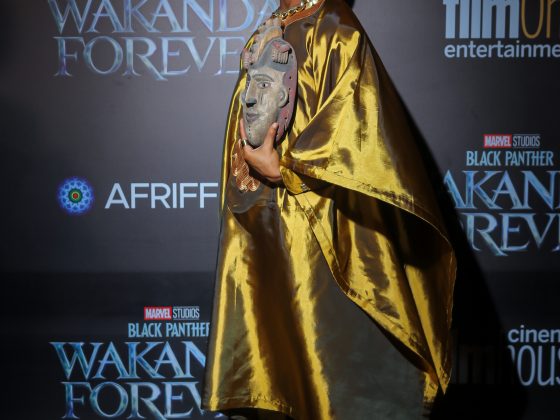