I also don’t want to get married.

“Nonsense Talk”, one user wrote. “You have not seen life. How old are you? That you’re doing as if you’re Methuselah?” Another Instagram user commented. Some even typed homophobic remarks and unsolicited advice; “I got married at 23, the best decision I ever made” – Like marriage is a one-size-fits-all cap. Yes, scrolling through the comments section of Stephanie Coker’s hit podcast – “Me, Her & Everything Else” – is the inspiration for this article. During the conversation, she had a Social Media influencer – Enioluwa –who blurted out that he didn’t want to get married. Marriage is a scam. Well, I think so too, and so do a ton of other zoomers. Yes, the social-first generation isn’t too concerned about getting hitched.

I reached out to a couple of my friends and asked them if they wanted this thing called marriage. I’d be sharing their responses as you read along.

“I’m doubtful about that question. I’m on an exciting roller coaster emotional journey, and life companionship isn’t on the list any time soon. Lifetime marital commitment might never come for me, unfortunately, if I’m being honest.”

According to a 2021 survey conducted by a dating group, young users aren’t as focused on marriage as millennials or baby boomers. They’ll say yes to a relationship but walking down the aisle is not top of their to-do list. A Yale Daily News story on romance in the Gen Z era stated people are “averse to long-term relationships because they’re more thoughtful about the kinds of relationships they want to be in.” Watching our parents and grandparents get divorced and have deep regrets about marriage is reason enough for taking a different approach to love and commitment. The hope is that the pitfalls of our predecessors won’t become ours. As the divorce rate increases – especially in millennial marriages – so too does the number of zoomers planning to say “I do” in the first-place decrease. Can you blame us then? Can you blame us for being less secure in the idea of committing to and being in a lasting marriage?

“Idk, TBVH. I’m scared of marriage, the fact that you’ll get married & your husband will probably cheat on you with several other women.”

Forgive me if I don’t see the appeal of having a “lifelong companion” and “emotional stability”, only for it to last a few years. I’ve seen too many marriages – even those I thought had lasted the test of time – still shake. For marriages today, one party – if not both – are still in it for infinite other reasons apart from the ones stated above. “What about the children?” “What would people say?” “Who will marry me again?”

“Of course, I want to get married. I believe God created a soulmate for me out there, and love is beautiful. I love love.”

Our generation still wants to believe the illusion that marriage is an institution of love when it is, in fact, a business practice. For as long as time itself, marriage was seen as purely transactional – one party received economic comfort, and the other got a dowry and expected an heir. It’s not surprising that love always took the backseat in the proceedings. Husbands paid bills, and women nurtured the home, period. That dynamic is restricting, and one thing Gen Zers hate is restriction – We will die on this freedom hill. In search of this “freedom”, Younger generations are more devoted to the success of their professional lives than they are to building a family.

“Yeah, but not anytime soon. I’m not going to be one of those guys that say they don’t want to get married – I DO! However, my career comes first before anything else. Why? I think I’m a very selfish person, and this is why I probably haven’t been in a relationship. Relationships, marriage, and kids take a lot of divided attention that I’m not ready to give anybody.”

Building a career or having a wealth of experiences takes utmost importance to zoomers, as opposed to the thought of procreation and continuing the family name. For men, marriage has never really hindered what is achievable – financially and career-wise. However, the freedom to avoid – or push back – marriage has gained a lot of popularity with young women. Young women who prefer to work, and earn, feel free to live their lives on their terms. These women are less pressured to see men as a form of financial security or see marriage as a symbol of wholeness. So, when they decide to engage romantically, it’s because they genuinely want to. They come as well-rounded people with life experiences under their belt before they try to loop someone in for the long haul.

“Yes, because having someone to share every moment of the rest of your life with is something I’ve always looked forward to since watching my parents while growing up.”

Marriage isn’t dead, by the way. Even though It’s still a scam – like adulthood – about Eighty per cent of Gen Zers still wants to get married at some point. The usual argument by the older generation is “don’t worry, you’re still young” – “Omode lo n see” – “when you get older blah blah blah. Please dead that narrative abeg! Not so sure about me, though – Sorry you had to find out like this, mama.

“I mean… I want to have my personal person to do this thing called life with.”

“Yes and No. I’m not sure tbh – for different reasons. I don’t have a problem with marriage in itself. I think it’s a beautiful thing when it’s done right. The problem is that I don’t think it’s done right most of the time. People start putting so much pressure and expectations on themselves once they get married, and it makes most relationships go bad. Also, I’ve seen most of the marriages in my family fall apart, and it’s starting to look a little unattractive.

With the idea of finding your person and deciding to be by their side till “death” (I’m also pro divorce.), there’s no need to suffer. I’m a monogamous person for the most part and building a life with someone and possibly having children with that person is something I’d really like. However, I don’t necessarily need a ring for that. If my person wants to get married, I most likely won’t say no. And if I meet someone that is completely opposed to marriage, it won’t be the end of the world either. At the end of the day, I just want to be happy. As long as there’s love and commitment, I’m in.

Now for the reasons, I think marriage is important: Unfortunately, we still live in a society that favours men (especially in Nigeria). In many cases, the woman has more to lose when she leaves a long-term relationship. Imagine having children or owning property or a business with your significant other and losing all of it after an ugly breakup simply because you were not married. That’s all your hard work and your children’s custody gone! Now I’m not saying that marriage saves women from losing everything, but it at least gives them a fighting chance. People can get legally married for protection or at least have some written agreement and continue to live on as if nothing has changed.”

Yes, I’d get married. It’s something I desire for many reasons. I’m a helpless romantic. I remember spending a lot of my childhood thinking about how it would be to be married. Doing this just fulfils a childhood fantasy of some sort. I also know I’m the kind of person that performs at my best if I’m emotionally stable, and I feel that can come from marriage.

Tough question, depending on the day. But what I do know is that I want my own person! I love romance, and I want to be possessive with someone- freely loving, freely giving. But these days, keeping a boyfriend seems like a task on its own. Fighting for love has so many complexities I’d rather stay out of. I want inside jokes, annoying passes, discrete touches and arguments (that will be resolved, please) etc.

As someone who isn’t particularly a fan of big circles, it’ll be awesome to have my own person. I just know that it doesn’t have to be in marriage. Marriage takes intimacy to another level. An ‘off limits’ level. Lol.

I perform at my best if I’m emotionally stable, and I feel that can’t come from marriage. 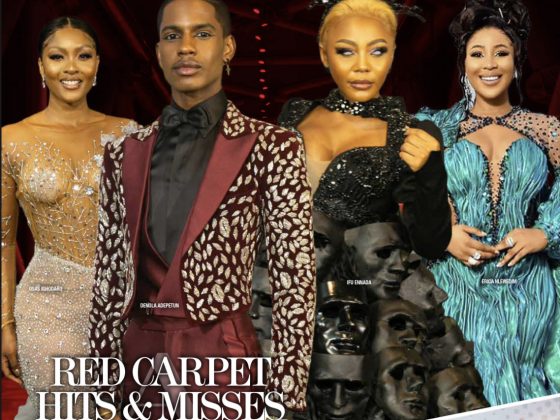 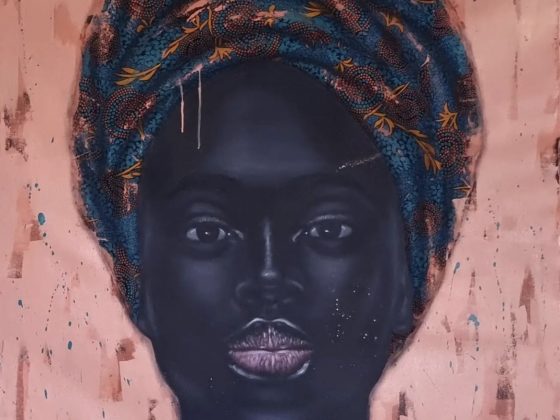 It’s Africa month, and we are celebrating these African Artists.