Black Panther: Wakanda Forever is heading to Nigeria for its African Premiere

The Walt Disney Company, in association with Africa International Film Festival (AFRIFF) and FilmOne Entertainment, has announced that it will play host to the official African premiere of Marvel Studios’ Black Panther: Wakanda Forever. The highly anticipated movie and follow-up to the 2018 box office sensation Black Panther is bringing the new chapter of the Wakandan kingdom to life in Lagos in early November, ahead of its in-cinema release across Africa. High points are expected to include the presence of distinguished dignitaries and Nollywood celebrities, and many more to be announced.

Singer Kizz Daniel will perform his hit single “Buga” at Qatar’s 2022 FIFA World Cup. A few months ago, the singer tweeted that he would love to perform his hit single: “Buga,” at the World Cup. Well, that dream seems set to become a reality. This information was disclosed by Kizz Daniel on his official Twitter account, where he revealed that his prayers to perform at the World Cup had been answered. Kizz Daniel has enjoyed a successful 2022, with his single “Buga” becoming one of the biggest singles in the world.

Gen Z  influencer Enioluwa Adeoluwa has taken to his social media to reveal that he has signed a deal to become the EU-Africa ambassador for the European Union. His post read,

“Super excited and honoured to announce my role with the European Union as the EU-Africa Ambassador. This is an opportunity to serve, support charities, and work with an organisation such as @EUinNigeria that supports individuals and communities. I am indeed honoured and grateful and hopeful that this opens doors not just for me but for many others!”

Biodun Oyebanji has been sworn in as Governor of Ekiti State.

Biodun Oyebanji, former secretary to the state government (SSG), has been sworn in as the fifth democratically elected Governor of Ekiti State. Oyebanji was sworn in with his Deputy Chief Monisade Afuye at the sprawling Ekiti Parapo Pavillon, Ado-Ekiti, the state capital. The Ceremony was performed by the Ekiti Chief Judge, Justice Oyewole Adeyeye.

Fashion and style enthusiasts can once again look forward to experiencing unparalleled fashion moments at the 2022 Guaranty Trust (GTCO) Fashion Weekend scheduled to hold on November 12th and 13th, 2022, at the GTCentre, Plot 1, Water Corporation Drive, Oniru, Lagos. Over the years, the event has brought together universally celebrated fashion icons and engaging style personalities to interact with young Africans passionate about fashion. This year’s event will feature masterclasses, runway shows, free retail stalls, and a streetwear village. All-comers are in for an immersive shopping experience as indigenous small businesses showcase their fashion collections and style accessories.

MTV has revealed the nomination list for the 2022 MTV European Music Awards, which is set to take place in Düsseldorf, Germany, on November 13, 2022. The Nigerian trio of Burna Boy, Tems, and Ayra Starr are nominated for the Best African Act. They will face competition from Ghanaian fast-rising Hip Hop star Black Sherif, South African artist Musa Keys, and Tanzanian singer Zuchu.

Burna Boy launches a Cannabis brand in the US.

Black Cannabis Magazine announced the development via its Instagram page, stating that Burna’s Brkfst, aside from smoking comes in tea form, snacks and other consumables.

A video of the launching shared on the magazine’s page noted, “Burna is bringing his addition to the Cannabis Community by naming his brand BrkFst.Most smokers will resonate because they start the day with morning marijuana consumption, Breakfast, your first meal. Hence the slogan is #Brkfstisforsmokers

Chairman of AW Networks and Co-Founder RED | For Africa, Adebola Williams has been named by Institut Choiseul, a Paris-based organisation dedicated to analysing contemporary strategic issues and international economic questions, as one of the Choiseul 100 Africa Laureates for the 4th consecutive year.

Choiseul 100 Africa is an annual list showcasing vibrant and innovative young leaders under 40 who continue to play a major role in Africa’s socio-economic development. The 2022 list tagged ‘Top 100 Young Business in Africa’ places a beaming spotlight on 100 of Africa’s most talented young leaders, positively disrupting all sectors of the continent and displaying an enormous wealth of business savvy and intellectual prowess that will drive Africa towards a prosperous future.

Design Fashion Week was founded by Titi Ogufere in 2019 as a citywide celebration to promote creativity and innovation across disciplines, including architecture, industrial design, interior design, furniture design, graphics design, and technology. Over the years, it has become a growing annual celebration and convening, with core programs including a central exhibition showcasing new work from across the continent, an awards program, and a series of talks and lectures. This year’s event started on October 19 and ends today, the 23rd.

Nigerian fashion designer Clement Mudiaga Enajemo, known as MUDI, has released a new collection. With long-time brand muse RMD as the model, the collection is typical of MUDI’S work – youthful, playful, creative, daring, yet a classic. 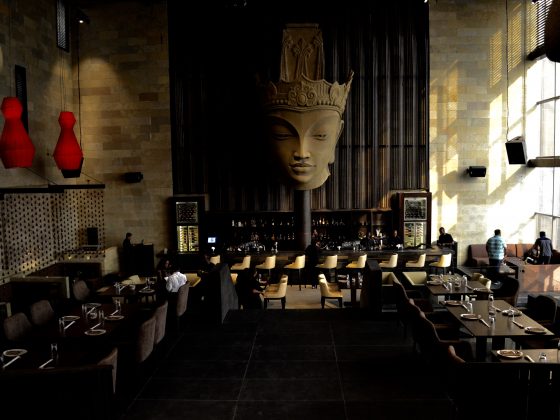 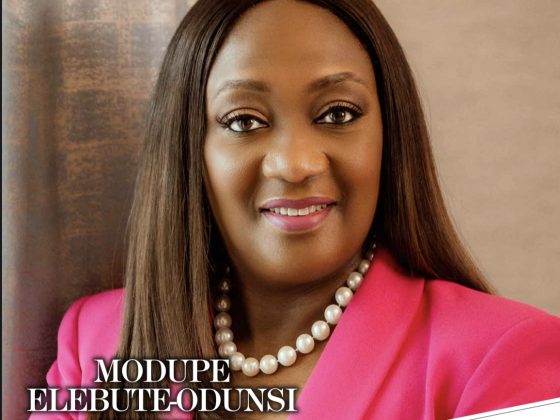