Veteran Nollywood actress Rita Dominic and her partner, Fidelis Anosike, have officially tied the knot in the United Kingdom. The wedding ceremony took place at a manor in North Yorkshire, United Kingdom and was well attended by family, close friends and colleagues of the couple.

The wedding is coming a few months after the couple’s traditional marriage back in April 2022, at Mbaise, Imo State.

Senator Ademola Adeleke has been sworn in as the sixth elected Governor of Osun State.

Senator Ademola Adeleke of the Peoples Democratic Party (PDP) has been sworn in as the sixth elected governor of Osun State.

Adeleke became the Governor of Osun after he was administered the oaths of allegiance and office by the State’s Chief Judge, Justice Oyebola Adepele-Ojo, at the Osogbo City Stadium, Osogbo.

The swearing-in ceremony was attended by dignitaries, including the Presidential Candidate of the PDP and former Vice President, Atiku Abubakar, his wife, Titi, his running mate, Governor Ifeanyi Okowa, Governors of Akwa Ibom, Sokoto, Bayelsa States and the minority leader of the House of Representatives, Ndidi Elumelu.

He mentioned the title of his upcoming album on his Instagram story with a post that read, “New Album “SeiLess”!

Wizkid has recently dropped his fifth studio album, a 13 track where he featured several industry giants like Ayra Star, Skepta, Don Toliver, Naira Marley, Shensea, and a few others.

Genevieve Nnaji has made her first public appearance in months at the 2022 edition of Creative Africa Nexus Weekend (CANEX WKND) in Abidjan, Cote d’Ivoire, where she delivered a speech on how to drive the expansion of Africa’s creative and cultural industries.

The movie star also posted on social media for the first time in months, sharing a photo of herself in a blue Tiffany Amber dress, looking as graceful and regal as ever. Genevieve Nnaji had earlier in the year sparked concerns some days after her birthday in May when she deleted all her Instagram posts and unfollowed her colleagues on the platform.

Nnaji had since been largely absent from the social media and Nollywood events scene.

David Adjaye is the 5th architect appointed to Britain’s Order of merit.

David Adjaye has achieved yet another accolade after being named as one of the six new Order of Merit appointments announced and selected by Queen Elizabeth II shortly before her death.

Adjaye is now one of five architects on the list, joining Basil Spence, Norman Foster, Giles Gilbert Scott, and Edwin Lutyens. The Order was created during the reign of King Edward VI and is meant to “honour ‘exceptional distinction’ in areas such as science, medicine, culture and the arts in the UK and Commonwealth realms,”.

Tems has won the Best New Act award at the 2022 Soul Train Awards. The award sees Tems as the first winner in this category that hails from Africa. The singing sensation was nominated for the award alongside fellow Nigerians CKay and Fireboy.

Recently, the Nigerian entertainment industry lost yet prominent gospel singer Sammie Okposo to the cold hands of death. According to his management, he died in his sleep.

Okposo began his music career as a soundtrack producer for Nollywood in 1992. He later started the Sammie Okposo Praise Party, a platform he used to train upcoming gospel artists. He released his first album, Addicted, in 2004. Some of his evergreen songs include”  ‘Welu Welu,’ a traditional track he rendered in pidgin, ‘Naija Praise’, ‘Jump and Shout’, ‘Jehovah Idi Ebube.’

The Federal Government has approved 14-day paternity leave for serving male officers whose spouse delivers a baby. In a circular, the head of Civil Service of the Federation, Folasade Yemi-Esan, said the leave would take effect from November 25, 2022.

“Government has also approved Paternity Leave for serving male officers whose spouse delivers a baby. The period of the leave shall be fourteen working days. The leave shall not be more than once in two years and for a maximum of four children.” she added.

Showmax is set to premiere Crime and Justice Lagos.

Showmax is set to premiere Crime and Justice Lagos, a new police procedural and crime drama series. Set against the backdrop of Africa’s biggest and most densely populated city, Crime and Justice Lagos explores the fictional Serious and Special Crimes Unit (SSCU) activities. Headed by its charismatic boss, Deputy Commissioner of Police Femi Biboye (William Benson) and made up of an elite team of top detectives led by Superintendent Kelechi’ KC’ Farasin (Folu Storms) and Superintendent Danladi Dikko (Jammal Ibrahim).

Crime and Justice Lagos is the third Showmax Nigerian Original released by the streaming platform since it established its physical operations in Nigeria this year.

Nigerian rave of the moment Asake has finally released a video for his hit song “Organise”. The third track off his latest album, “Mr Money With The Vibe,” “Organise” currently ranks No 20 on Apple Music’s Top 100 playlist. 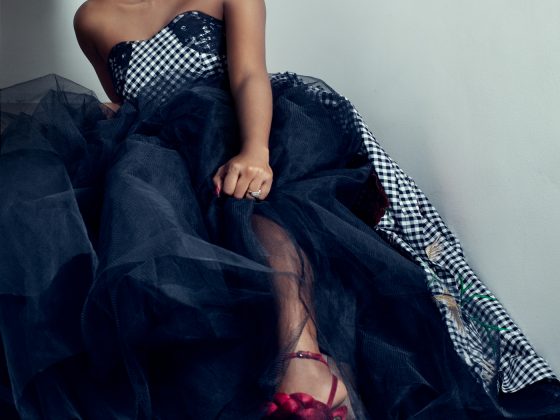 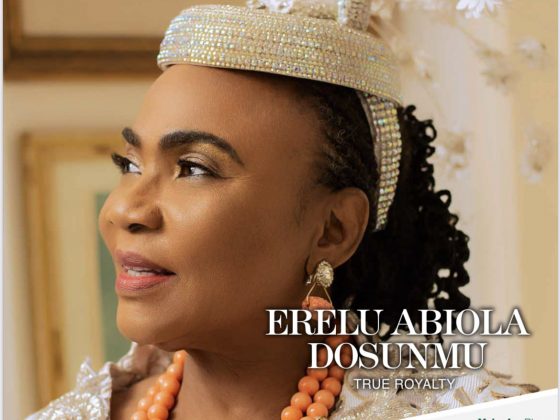