The much-anticipated television reality show Big Brother Titans has kicked off. Unlike the usual Big Brother Naija format, which features only Nigerians, and Big Brother Africa, which has housemates from across the continent, this show is open to only Nigerians and South Africans. The reality show will run for 72 days (over ten weeks). It retains some Big Brother features, such as diary sessions, Head of House games, Friday night parties, and tasks.

It is co-hosted by Nigerian Ebuka Obi-Uchendu, and Lawrence Maleke, a South African.

Popular blogger, Linda Ikeji, has made her debut in the film industry by announcing the release of a film project titled Dark October.

The movie, directed by Toka McBaror, is based on the tragic ‘Aluu Four’ lynching of 2012. The film, which is distributed by FilmOne, aims to shed light on the evil of extrajudicial killings and the importance of justice for all. On October 5, 2012, four young men, Ugonna Obuzor, Lloyd Toku, Chiadika Biringa, and Tekena Elkanah, were falsely accused of theft in the community of Aluu, in Obio/Akpor local government area, Rivers State, Nigeria.

The innocent students of the University of Port Harcourt were then brutally lynched. This tragic event shook the nation and brought attention to the issue of extrajudicial killings in Nigeria.

Dark October, directed by award-winning Nigerian filmmaker, Toka McBaror, will bring to life the story of these four young men and the events leading up to their tragic deaths. It will also delve into the aftermath of the lynching and the impact it had on their families, friends, and the community.

R’Bonney Gabriel, a fashion designer, model, and sewing instructor from Texas who competition officials said is the first Filipino American to win Miss USA, has been crowned Miss Universe.

Nigerian singing and performing superstars Burna Boy, Davido, and Wizkid have all been nominated in the same category for the 2023 NAACP Image Awards.

The Nigerian heavyweights, alongside global songstress Tems and sensational singer Fireboy DML, were all nominated in the “Outstanding International Song” category. The NAACP Image Awards is an annual awards ceremony presented by the U.S.-based National Association for the Advancement of Colored People to honour outstanding performances in film, television, theatre, music, and literature.

6. The Eighth edition of AFRIMA.

Africa’s star musicians hit the red carpet this past weekend at the annual All Africa Music Awards, celebrating the continent’s best talent. The four-day event culminated at an awards ceremony on the outskirts of Senegal’s capital, Dakar, and included performances from some of Africa’s most popular musicians, such as Nigeria’s P-Square and Tiwa Savage, Mali’s Rokia Kone and Senegalese singers, Youssou N’dour and Baaba Maal. Nigerian megastar Burna Boy took home the award for Best Album and Best African Act. Afrobeats global icons Davido and Wizkid also recorded wins. Asake, who dominated 2022 with an unprecedented run, took home the Breakout Artist of the Year. This was the eighth edition of AFRIMA and the first to be held in a French-speaking country. Nigeria has hosted most of the events, including the last one in Lagos.

Google has announced the launch of a portal, the Nigeria Elections Trends Hub, to serve as a platform for Nigerians to search and discover trending information related to the national elections.

It will also feature maps and graphs displaying the search interest for the candidates over a period of 30 days.

Nigerian popular singer, Olawale Olofooro, better known as Brymo, has issued an apology after making controversial comments about the southeast, saying the Igbo presidency would be a “pipe dream,”. “Forgive my assertions that came across as bigoted spewings against the Igbo tribe; I did not mean to do harm. I am sorry!! .” he tweeted. Brymo has recently been under heavy backlash from the general public about his insensitive remark that the Igbo presidency is nothing but a dream as long as there is still discussion about Biafra from prominent people in Igboland.

“As long as there (are) talks by prominent people from Igboland about Biafra, an Igbo presidency will be a pipe dream,” he had earlier tweeted.

Nigerian singer and songwriter Ayodeji Ibrahim Balogun, AKA Wizkid, has revealed that he will be going on a tour with fellow artiste David Adeleke, AKA Davido, in 2023. Wizkid made this known in a post on his Instagram page. He urged Nigerians to prepare for the tour.

“After my MLLE tour, Davido and I are going on a tour. Save your coins. I no wan hear pim.” The tour announcement has since sent fans into jubilation, with many anticipating a joint performance from the two music icons.

Filmmaker Funa Maduka is one of the 16 jurors granting awards at the 2023 Sundance Film Festival. She is distinguished as one of the three jury members of the World Cinema Dramatic Competition alongside Shozo Ichiyama and Annemarie Jacir.

This year’s festival will take place January 19–29 in person in Utah. Sixteen jurors will grant the awards for feature and short films, which will be announced on Friday, January 27.

Funa Maduka is an award-winning filmmaker and the former head of International Original Films at Netflix, where she worked with the world’s top global and emerging filmmakers. 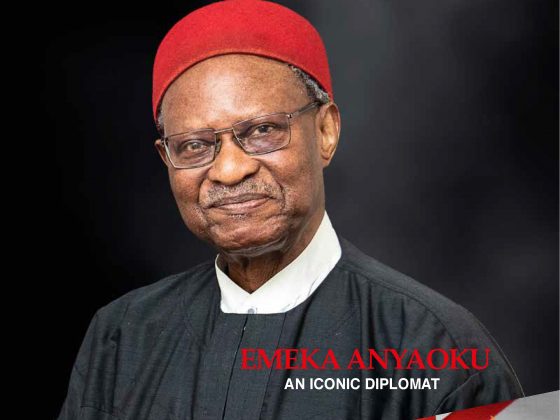 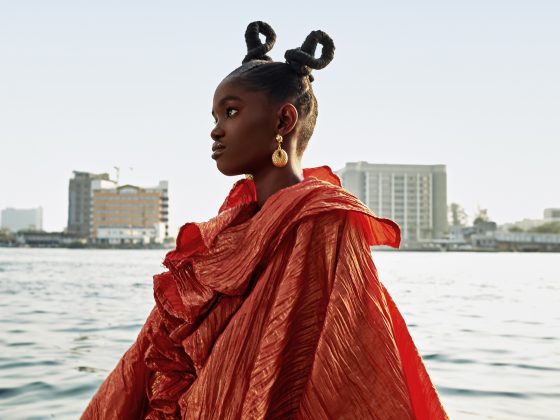