The Magistrate Court in the Ajah area of Lagos State has ordered the remand of hip-hop recording artist Ice Prince Zamani at the Ikoyi Correctional Centre for allegedly assaulting a police officer.

He was arraigned before the court by the Lagos State Police Command on a three-count charge of assault, obstructing a police officer from carrying out his statutory duties and abduction.

Ice Prince has pleaded not guilty to the charges. He is to provide two sureties alongside bail in the sum of N500,000.

He was, however, asked to remain in Ikoyi prison till the perfection of his bail conditions.

Liz Truss, prime minister of the United Kingdom (UK), has appointed Kemi Badenoch as the new secretary of state for international trade and president of the board of trade.

She takes over from Anne-Marie Trevelyan, who has been appointed secretary of state for transport. Prior to this, Kemi had also contested for the prime minister position and finished fourth in the race.

The much anticipated 15th Headies Awards has come and gone. The show was hosted by Emmy-nominated actor Anthony Anderson and award-winning Nigerian actress Osas Ighodoro. It was held at the Cobb Energy Performing Arts Centre in Atlanta, marking the first time hosted outside Nigeria. Following its custom, the show celebrated the best in the Nigerian music industry, with Grammy award-winning singer Wizkid and Tems being some of the night’s biggest winners. While BNXN, who won the Next Rated category, took home a Bentley car gift.

Veteran journalist and former Editor, THISDAY Style, Ms Ruth Osime, has launched a new talk show named Perspectives, which airs on the ARISE News network. Showing Saturday mornings from 11 am to noon Nigerian time, Perspectives takes a deep dive into day-to-day issues alongside different viewpoints on such issues. She is joined by Olaterora Majekodunmi-Oniru, a recognised entrepreneur and development speaker with over 16 years of experience in finance, technology, global trade and consulting.

Liz Truss is the new Prime Minister of the United Kingdom.

Liz Truss, 47, has been elected as the new Prime Minister of the United Kingdom. Truss defeated Rishi Sunak by 81,326 votes to 60,399 in an internal contest after Boris Johnson’s resignation in July.

The lawmaker will become the Conservatives’ fourth head of the British government since 2015. Truss, a former Minister for Women and Equalities, has been a Member of Parliament for South West Norfolk since 2010.

The University of Wolverhampton confers Adesua Etomi-Wellington with an honorary doctorate.

Nollywood actress Adesua Etomi-Wellington has been conferred with an honorary doctorate by her alma mater, the University of Wolverhampton, England.

In a statement by the University of Wolverhampton, the actress, who graduated with a degree in Drama & Performance in 2009, was awarded a Doctor of Arts in recognition of her phenomenal contribution to arts and culture.

Essence, declared the official summer track of 2021, has repeatedly topped chart lists, including its remix featuring Justin Beiber. It also received numerous nominations at different award ceremonies, including the Grammys, and went on to win the BET Award for Best Collaboration.

Nollywood actress Lala Akindoju is set to the Amazon Studios team as the Senior Movies Creative Executive here in Nigeria.

The appointment was announced by Ned Mitchell, the Head of Originals, Africa & Middle East, Amazon Studios, via his Linkedin page. Also appointed were three other new executives who will drive the expansion of the streaming service across the continent. They are Kaye Ann Williams (Head of scripted and movies for South Africa), Brendan Gabriel (Senior Unscripted Creative Executive for South Africa), and Mike-Steve Adeleye (Senior Scripted Creative Executive for Nigeria). They join Wangi Mba-Uzoukwu on the Amazon Studios Originals development team.

Queen of Afrobeats Tiwa Savage makes history as the first MAC Maker of African descent. Tiwa has curated a limited-edition Matte bright red Lipstick shade on her own. M·A· C Maker is a collection of lipsticks inspired and intrinsically made by talent. Created by eight global beauty icons, each Maker selectively specifies the formulation of an exact shade in the texture and finish that best represents their style. Then work closely with M·A· C Artists and Product Development team to perfect an eponymous lipstick that uniquely reflects their personality.

Her Network to host its first-ever summit this month.

Global Inspirational and Lifestyle Platform, Her Network is set to host an interactive impact experience with phenomenal women from various industries and professional backgrounds under one roof on September 18th at The Wheatbaker Hotel, Lagos.

“Her Summit” is a gathering of female founders, career women, and aspiring changemakers. It provides opportunities for women to connect with peers and other successful female leaders where they can benefit from mentoring, network building, listening and learning from impact stories, and more. 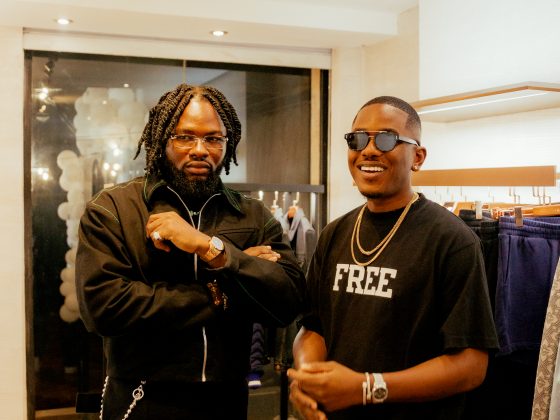 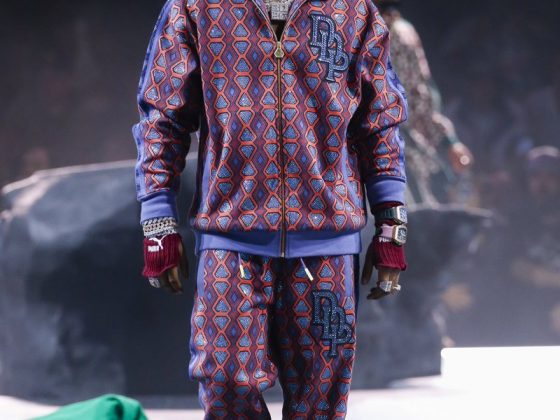